Bulgaria squad for the friendly game against Belarus 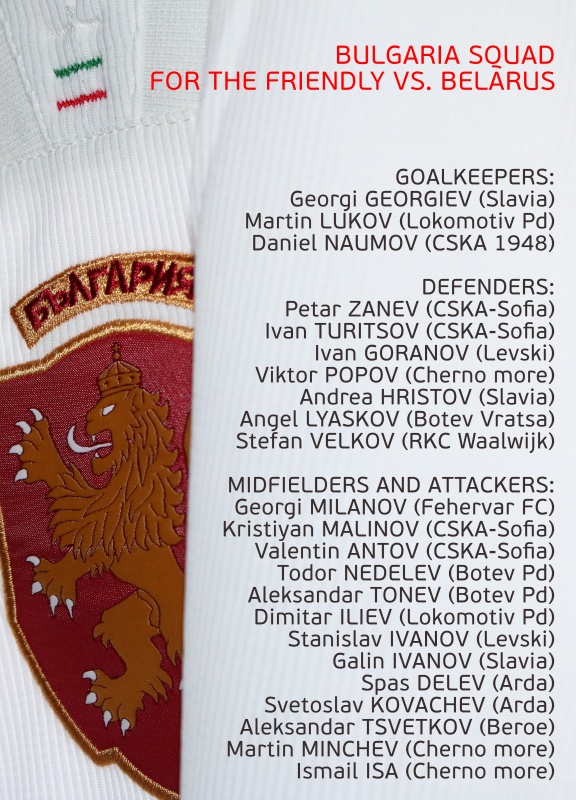 The Bulgarian national team head coach Georgi Dermendzhiev announced the names of the players called up for the friendly match against Belarus on February 26th.

The Bulgaria squad will start its pre-game training camp on Monday, February 24th, and head coach Dermendzhiev will hold his press conference on February 25th at 15:30 at the "Boyana" National Football Center. The official MD-1 training will start at 16:00 and will be open to the media in the first 15 minutes.

The Bulgarian Football Union and the Bulgarian coaching staff would like to underline their gratitude for all clubs who released their players for the unofficial friendly - an act which shows the overall support for the national side prior to the important EURO 2020 semi-final playoff against Hungary on March 26th.