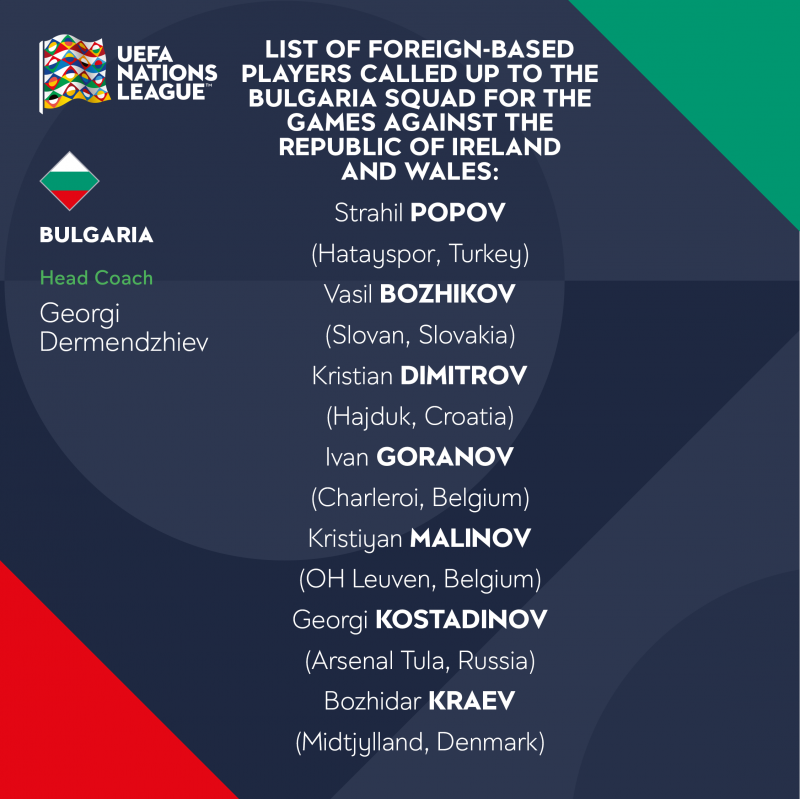 Bulgaria national team head coach Georgi Dermendzhiev announced the names of the foreign-based players called up for the UEFA Nations League games against the Republic of Ireland on September 3rd and against Wales on September 6th.

The Bulgarian-based players will be announced in the beginning of next week.