The Executive Committee of the Bulgarian Football Union confirmed Yasen Petrov as the new head coach of the senior men's national team. Petrov will make his debut at the helm of Team Bulgaria on Match 25 when the side hosts Switzerland in its first World Cup qualifier.

Petrov, 52, has had a long and successful playing career which saw him star for Botev Plovdiv, Pirin Gotse Delchev, Levski Sofia, Lokomotiv Sofia, Wuhan Yaqi, Jiangsu Sainty, Alki Larnaca, Slavia Sofia, SV Meppen, Tennis Borussia Berlin and Chengdu Wuniu. He has two Bulgarian Cup wins to his name - in 1992 (with Levski) and in 1995 (with Lokomotiv Sofia). The former attacking midfielder played three times for the senior national side.

Yasen Petrov's contract with the Bulgarian Football Union is for one year with an option to extend it by another one. 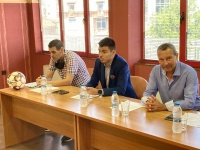 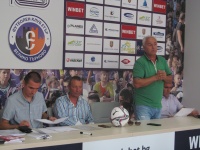